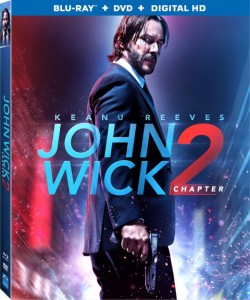 I don’t usually review movies that I watch. I don’t make time to watch many movies and what you put in a movie review is going to be different than a book review. I am just not comfortable.

But City of Mirrors isn’t grabbing my attention and I was by a redbox this afternoon and I really liked John Wick. But much like many books and series, I’ve been burned by buying before watching. So instead of shelling out a good chunk of change, I just paid $2 for a rental. I can deal with that. So this evening has been an exercise in watching violence while doing household chores like laundry and stuff.  Anyway, this won’t be a real review, more like stream of consciousness.

First thing I noticed was that the profanity level dropped by about 50-70%. Those &^%$! Russian mobsters weren’t around to despoil my virgin ears.  I wouldn’t ask my mother to listen to this movie, but I’d watch it with my dad. In comparison, I’d have to have him watch John Wick by himself so he knew what was coming aurally if we watched it in a tender father/son bonding moment. Nothing ruins that moment of father/son’ness like some bloody Russian dropping the f-bomb every 5 words. Even when they were talking Russian!

The violence level definitely escalated. It had to. To stay in place in hollywood people have to act like the Red Queen in Alice Through the Looking Glass. Run as fast as you can just to stay in place. In the case of movie based on violence, each successive chapter has to be more violent just to keep pace. In the extras on the bluray was a short section entitled “Kill Count”. It follows Wick with a counter at the bottom and shows every kill. I stopped paying attention when it passed 75. A lot of head shots with blood spatters.

In John Wick, I was emotionally involved from the puppy scene onward. I was rooting for Wick as he took out the despicable bastards who could club a puppy to death. In Chapter 2, there wasn’t that emotional connection for me. In this movie, instead of being the one to determine his actions, he is being yanked around and simply reacting. He is not in control and it changed how I viewed the movie.

Characters. Wick is Wick. If you liked him in John Wick, you’ll like him here. The villain of the movie, who helped Wick carry out his Impossible Deed, isn’t bad but he came across as kind of greasy and polished instead of the bare handed brutality of the Russians from the first film.

Two changes really stood out to me. In movie 1, Wick had a “friend” in the business played by Willem Dafoe. It worked. This time around there is a man in the business [Cassius] who is his enemy due to Wick’s killing his ward. He is a big muscle bound guy who’s just about as good as Wick. But Wick has plenty of enemies, so one more doesn’t stand out. What he needs is a friend watching his back and we don’t get that here. The second change was in the female assassin. I really liked the idea of a small, mute female killer. She was calm, cool and the whole sign language fit right in with the sub-title idea. But she was simply over powered. She gets tossed around like a doll. I also didn’t even realize she had a name [Ares] until the credits. Compare that to Perkins from the first film.  Perkins was pure kick butt. I almost wish they had combined the characters of Cassius with Ares.  Well, maybe when I do my own movie, “Jan Wihk: Tulip Planter Extraordinaire”.

The best part of the movie? For me it was in the Extras. One of the extra’s was titled “Dog Wick”. John Wick’s Dog’s human [yeah, best of luck with that] is killed and so Daisy goes on the rampage. And the best part? At the end, the police are on the scene and the detective is looking through a stack of papers and says something like “Yeah, no laws against dogs shooting people to death.” I just about died from laughing.

So, overall. I enjoyed this a lot. I will probably hold off on buying Chapter 2 though until I see if there is a John Wick 3 and how that is. John Wick ended on a pretty good note and I’m willing to let it be a standalone if necessary.

Tales, Thoughts + Tribulations of a Free Spirit in Suburbia

npchumordotcom
You can always start now

journaling to see some answers

“May it be a light to you in dark places, when all other lights go out.” ― J.R.R. Tolkien, The Fellowship of the Ring

Sempre in Movimento! Published Every Monday and Friday.

Without the Good Book, Life's Road is Hell

Bookstooge's Reviews on the Road

"The sky calls to us, if we do not destroy ourselves we will one day venture to the stars" -Carl Sagen

The Intrepid Angeleno is presently in Arkansas.

CRITICULT - Telling you what we think since 2003.

The latest news on WordPress.com and the WordPress community.

blog from the author of the 真柏Project series

Literary Recon into the Wilderness of Books

Where the power of my thoughts comes from the craft of writing.

My ramblings about books, movies, computer, gadgets or anything else I feel like rambling about.

Swearing, Rants, Reviews, On Every Level!

rocking a camera across the Universe

Pressured to prove his theories or lose funding, Dusty prematurely stepped into the blogosphere and vanished.

Re-enchantment Of The World
Alex on Film

Dispatches from the ginger star

Alex on SF
A Sky of Books and Movies

about reading, writing, and anything else that interests me

Ironing at it's Best!

Sweet or Brutal, You Never Know Which.

Book and audiobook reviewer to the fantastic, the spooky and the far-out

Weighing a pig doesn't fatten it.

Because booze can't cure everything...

welcome to the virtual library